Well I changed my list, what a shocker. I traded out a Leadbelcher for 2 Sabretusks and combined my Leadbelcher unit into a unit of 3. I still kept my 6 Bulls the same and Bruiser. 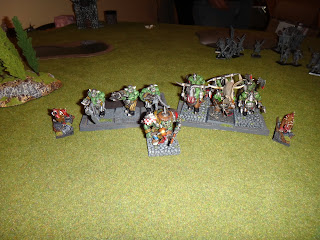 For Turns 1 and 2 I pointed my leadbelchers at the likely targets(Minotaurs!). The dogs harassed the flanks of the enemy and ended up getting in the way where they could. 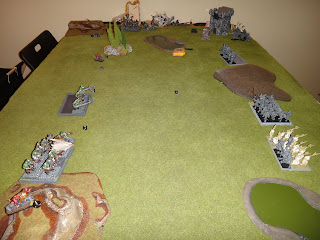 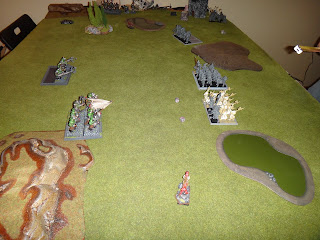 The bulls played excellent. On the Charge they hit with varied strength-ed impact hits. The Bruiser Str 6, and some bulls Str 5 if they had a rank behind them. The Bruisers 4 attacks did wonders. Especially hitting on 3's and needing 3's to wound. But the pain came with the 18 attacks from the bulls and then 4 stomp attacks. I did enough wounds to make him flee and eventually catch him the following round. 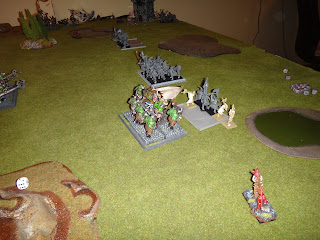 I can definitely say that having the dogs as first turn deployments, harassers, and getting in the way of charges allowed my bulls to focus on combat longer without the chance of getting flanked. During this game i did not roll a 10+" to charge but if you do you get d3 impact hits vs. 1 per bull in the front rank. I can definitely see that as a game changer. Additionally, the impact hits sometimes finished whole units off(when there were only a few remaining of course.
Posted by Cpjiardina at 10:13 PM