June 30th was my last post...  Wow, time flies when you get busy, and flown it has.  I haven't recorded an episode or made a blog post in over 60 days.  I suppose some of that can't be helped.  Having to pack up your home and move into a new house takes some time, even over a short distance such as the 15 or so miles we moved over the last 2 months.  Then of course you have to do some painting, cleaning, building, fixing.  Home ownership is as time consuming as our hobby.  Hell it takes me two days now to get my lawn fully mowed.

However, I'm here to let everyone know that I'm still alive and kicking and the show will resume its recording schedule hopefully by the end of September.  I haven't however been completely resting on my laurels though, and to prove it I've got pictures!

Let's start in from the beginning.  Our last show was recorded towards the beginning of June.  Since then quite a bit has happened actually.  Towards the end of June some friends and I attended the Blood in the Sun tournament up in northern Illinois.  We participated in both the Friday team event and the Weekend tournament.  I took Dwarfs to the team and went 2-1 which is better than I'd been doing with the army since the new book came out.  I then ran my Empire to a 3-2 record over the weekend.  Along with that though came the bits trade on Saturday night.  Always been a keen observer of great deals I found myself another this year.  An entire Lizardmen Army for $50!  What a steal! 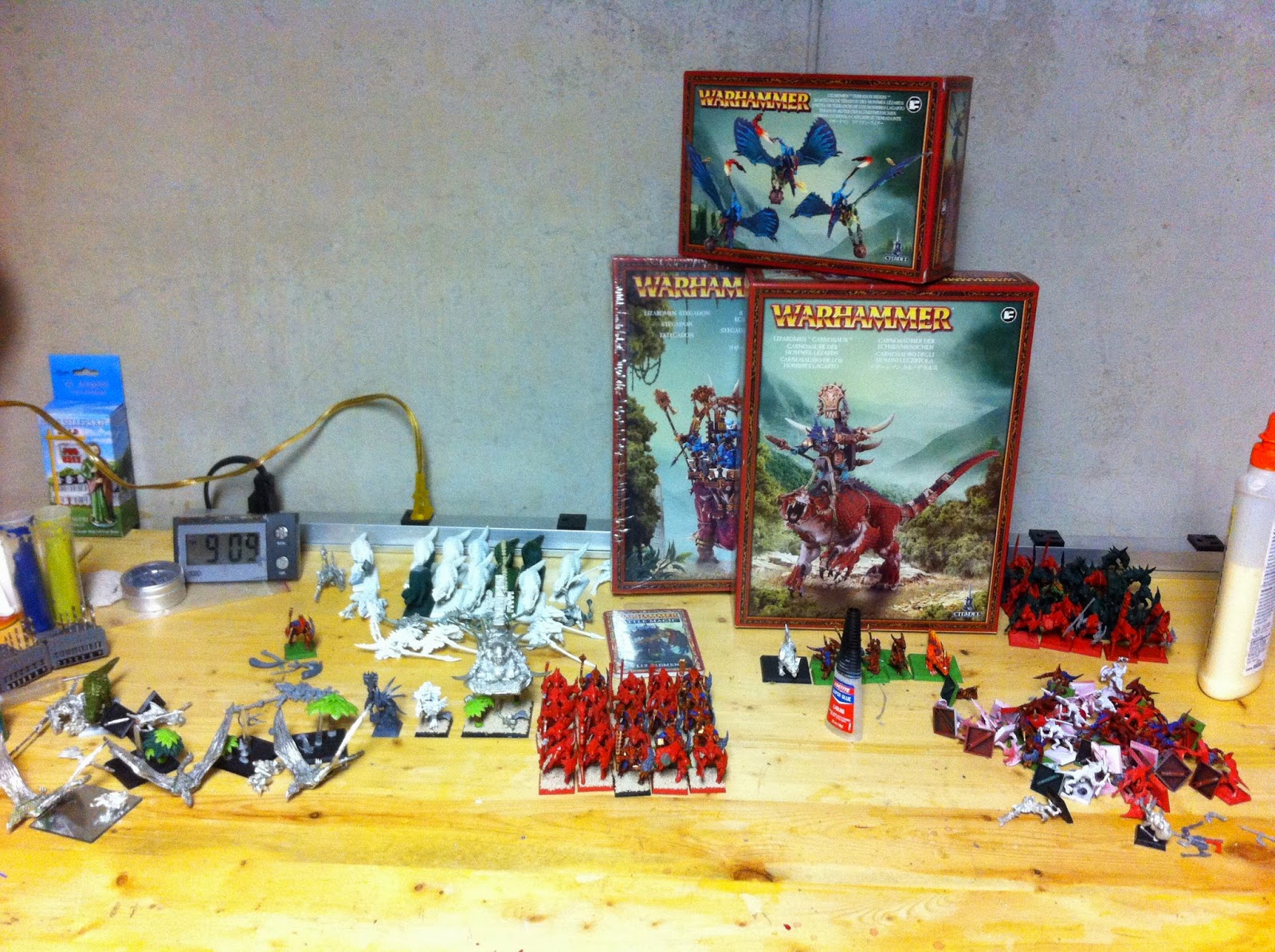 The Carnosaur, Stegadon and newer Terradons were something I picked up later, but the 50 Sarus, 11 Cold Ones, Slaan, 28 Skinks, 12 Chameleons, 3 Terradons and Scar Vet on Cold One and Foot were the find.  Pretty amazing deal since the Slaan is $50 on his own.  I guess I know what army I'll be working on for the foreseeable future.