Shhh…  Adepticon is coming.  I know it’s really not a secret that Adepticon is the biggest tournament in the US, one of the largest in the world and definitely the biggest gaming event I drag myself to ever year.  However that said, lots of people don’t go!  I know, its hard to believe.  If you troll forums and listen to podcasts then you’re undoubtedly hearing a lot of Adepticon chatter right now, especially with it being only 15 days away.  Many of us as such are in prep mode and have been for well over a month.  Also if you listen to podcasts (including if you listened to mine in the past) you’ve already heard your fill of reasons that you SHOULD attend and you’ve also likely heard the reasons you’re a fool if you don’t.

As such I’m not going to cover the myriad of reasons you should be going but I thought I’d take this opportunity to go over my schedule.  I have a couple of reasons for this.  One is to show you all how busy this weekend is for many of us gamers who do attend.  Another is so that anyone who by chance may be looking for me over the course of the weekend should have a vague idea of where to find me and finally so that I can let you know what to expect to be playing with me if we get to game together.  Let me assure you, it will be a packed weekend.  Of course every night will be a late night, but bed time is always up in the air based upon drink consumed. 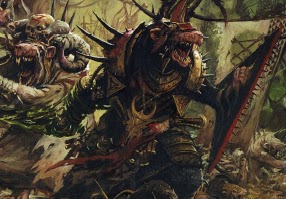 Thursday:
I plan on leaving Thursday night from home which should have me hitting the hotel about 7p.m.  The hope here is that I’ll be in early enough for one of the free Battlefoam Bags that are being given away to the first 500 sign-ins, even though my many friends that are involved with the convention have told me they believe that will be far too late to get one.  So after arriving and signing in I plan on meeting up with Andrew and the guys from Ohiohammer to maybe play games, but likely shoot the shit and perhaps record some for the podcasts.  It will likely be a late night of course, between possible
Warhammer, recording and definitely board games. 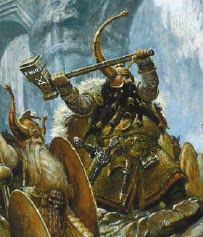 Friday:
Oh dear…  Friday is going to be insane.  First it’s up and shower and breakfast, but starting at 10:30 I’ll be in the Fantasy hall the rest of the day it seems.  I’m playing in both of the 1,000 point How You Use It tournaments on Friday.  I’ll be running both my Dwarfs and Skaven although I can’t remember which I’m doing for which session.  The point is the schedule for 6 rounds of games is so long and tight that I don’t see myself getting away until literally after everything is done at 10:00pm or later.  At which point I’m sure I’ll be both starving and ready to play some more board games and likely get some more recording done. 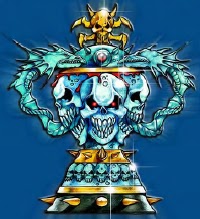 Saturday:
My schedule lightens up quite a bit on Saturday and Sunday.  I’m participating in (for the 2nd time) The Stupor Bowl Blood Bowl tournament.  I did this last year, and I really liked how the tournament ends both days at 5pm.  This leaves me a lot of open time to get back into the Vendor Hall and try to get interviews done with people from Black Library, Battlefield, Mantic, etc…  Also with more open time in the evening I should be able to get more pick up games not to mention I plan on running games of Warhammer Quest for those wanting to participate on Saturday night.  That and of course more board games. 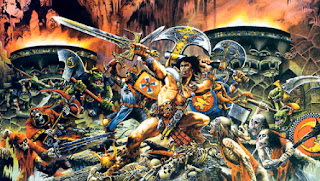 Sunday:
Blood Bowl takes my 2nd day up as well, but again ends at 5 o’clock.  However, at this point the convention is at its heart done for.  Lots of cleaning up, and last minute socializing will be had of course, but the best part of wrap-up night is the Board Game event.  Last year was the 1st year for this event which ran alongside the end of con poker tournament.  Now last year there were probably about 50+ people sitting in one of the smaller ball rooms just playing board games and there were a lot of contests and free games being given away.  This year I’ve hard there will actually be representatives from Fantasy Flight Games there, which could mean some really good giveaways and swag to be had.  It will remain to be seen though.  I’ll run Quest here again if people have interest but otherwise I’ll be trying to get some of my lesser played games to the table or playing anything new that FFG drags out.

I’ll have my phone running around with me all day so if you want to get hold of me or want to find out if I’m doing something specific at any time just check out the Twitter feed.   I’ll be tweeting where I’m at and what I’m doing as long as I’m not playing a tournament at the time, so pretty much the evenings.  I’ll have both my full Skaven/Dwarf armies with me and will be willing to play pick up games given the chance and times.  Of course I’ll also have a small pile of board games with me.  I’m excited and so ready to get up there and get some serious gaming in.  To the rest of you who are heading up, see you there!