So being only a few days out from October 1st and thus the start of our Tale of Gamers articles we are going to begin introductions.  Starting with of course myself and then daily moving on to our other participants before we really begin. 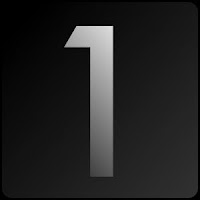 Joe Flesch:
If you’re reading this then you probably already know who I am and what I’m about.  If for some reason you picked up onto us after the podcast had already ended I’ll throw just a smidge of information up about me.  I’ve been in the hobby for 15+ years and have played nearly every game GW has ever produced.  I ran the podcast for 3 years.  I’ve played 7 different armies for Fantasy and for this set of articles I’ll be working on Skaven.  I once ran an all Goblin Horde army and really miss the feel of it after having sold it a number of years ago.  Sadly this means that 500 points can contain nearly 50 models.  This is going to be rough on me as a painter/hobbyist, but I believe I’m up for the challenge.
October List: 497.5
Warlock Engineer – General, Level 2, Warp Energy Condenser
25 Clanrats – Full Command, Shields, Poison Wind Mortar Weapons Team
5 Gutter Runners – Slings, Poison Attacks
Warp Lightning Cannon 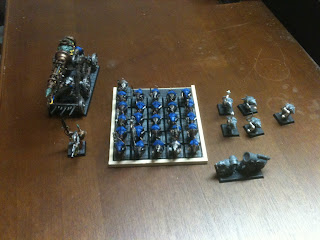 Idea/Strategy:
I know that painting a horde is going to be a rough challenge but it is also a small blessing at low points games.  The versatility given by such a cheap army means I’ve managed to squeeze in a wild a mount of stuff at 500 points.  A level 2 as a general gives me access to magic, not a ton; but enough to do damage, as I can voluntarily take a Magic Missile spell.  A fairly big sized block of Clanrats gives me a nice bunker for the Mage as well as the combat resolution numbers to reliably sit in combat for a round or perhaps 2 depending on what I’m fighting with Steadfast.  The fact that they also get a Mortar is helpful as I can use this to get through high armor saves by simply rolling a 4/5+.  The Gutter Runners should give me exactly what I need to send off other player’s war machines and the Warp Lightning Cannon gives me access not only to a template weapon but the ability however fickle to really slice through armor and do multiple wounds to larger creatures.
Posted by Joe Flesch at 7:46 PM