So I’ve begun the basing work on the Regiment.  First job was to pick some cork.  Believe it or not there are actually a lot of options for cork.  Some have bigger grain, some are smaller.  Then you have to choose the thickness which can range from anything a couple 1/8’s of an inch to usually about 1/2” at the larger end.   I wanted the models to be a little taller because of the look I really wanted to go for with these and so I went with 3/16” cork.  (I wanted ¼” but couldn’t find any while I was looking.)  I ended up going for medium grain since a large grain would fall apart in larger chunks and the fine seemed like it was unnecessary. 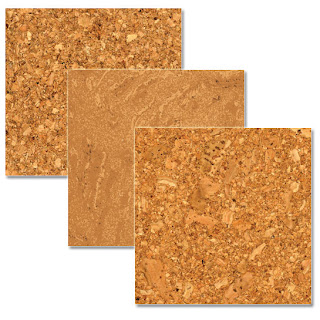 Speaking of the look that I want to go for, let’s go over that.  I wanted to have these guys on open grass type terrain.  However with the cork, I want that to look like the earth under the grass which means I wanted it to be thick enough that the grass on top wouldn’t obscure it to where you can’t see it.  The final decision on cork was made because nearly 99% of the army is plastic and this means it won’t be hard to pin or glue to the cork itself whereas an all metal army would be terrible try this with.

Here is the first experimented base work for one of the Orc Boyz.

So now you see what I’m going for.  Except imagine of course that everything gets painted and flocked at some point along with models attached.  You’ll see what I’m going for soon enough if you keep an eye on the blog in a couple weeks when I drop the next post.  Hopefully I'll have begun the painting process by then.  I'm getting excited to keep working!