Hello everyone,
Assuming you've heard the last podcast released (and if you haven't go get it here) then you may want to take a look at this Battle Report.  This is the game that Ryan G. and I played for the 1st scenario in our coverage of The Grudge of Drong.

You can see here the set up we ended up running.  As long as you listen to the show and maybe look at this post at the same time you will completely understand. 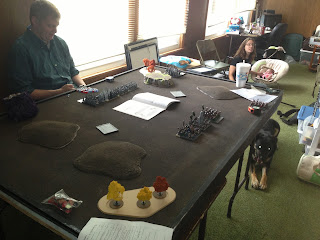 This picture was before I started my marching across the board and pre Ryan being completely set up due to the scenario special rules. 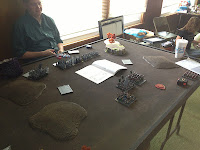 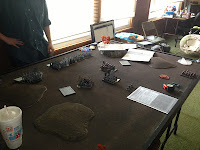 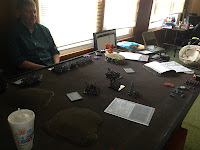 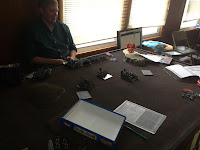 You can see in this series me jockying for position to force Ryan to charge over the abandoned mine shaft.  Sadly as you can tell from this last picture I finally gave up after he simply continued the chicken elf tactic of moving backwards. 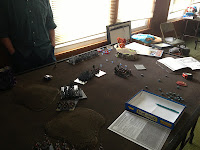 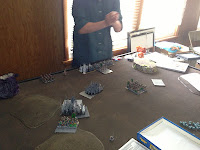 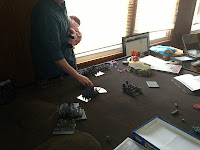 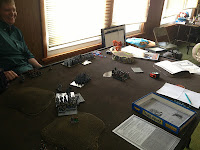 In this final series of picture you can see Ryan finally hit me with his Silver Helms and Spear Elves breaking me.  I then proceeded to run over the abandoned mine shaft where I lost 8 men.  Also my Miners finally arrive but far too late to have any impact on the game.  My Warriors rally to be hit again by the Silver Helms alone but I hold through the Steadfast and my Longbeards make the charge on the center Archers winning and running off of the board.

Email ThisBlogThis!Share to TwitterShare to FacebookShare to Pinterest
Labels: Blog, Grudge of Drong

Looks to be a load of fun and as you mentioned a great palate cleanser from all that Tournament prep.