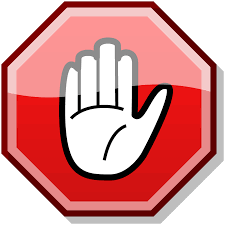 Yup, in case you haven't guessed it my hobby has ground to a full stop lately.  That includes the podcast.  This has nothing to do with lack of motivation but more lack of time.  The holidays are hectic for everyone but combined with both of my sons in scouting and the other family activities of my usual cohort of friends that record the show with me we not only missed Novembers show, but Decembers as well.  Apologies intrepid listeners.

I've continued grinding on though with my painting quest as of late.  I've completed an Orc Blood Bowl team, and am furiously working on the Humans.  These are just the base sets, but I was impressed with how well the Orcs held up considering their age.  I bought, assembled and painted two Great Eagles.  Finished my 5th ed. Marauder Giant as well as a Dragon and Rider.  Did some Freehand Banners on the Empire as well as finishing a unit of Handguns, Halberds and Knights.  Also the last of my Dwarfs in my Ironbreakers.  Most of this can be seen in my Twitter feed so go there and check out the photo's! https://twitter.com/Waaaghcast/media

I plan to be back with a show in early January that I'll probably end up recording sometime in mid December.  At least that's the plan.  Stupid holidays...