Some pictures of stuff have been making the trails along with some prices in Euro's for those not keeping track. After conversions; prices are estimated as such. 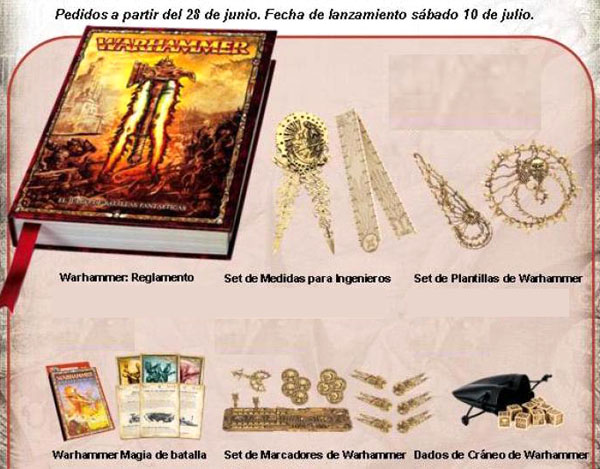 Interesting notes; the new templates look pretty boss; apparently there going to put out a magic deck. This either indicates back to random drawing of cards for spells or that there just going to make a handy dandy deck of cards for reference; kind of neat. Markers and Dice seem to look okay; the engineers measuring set doesn't make sense to me; but I'm sure once we figure out the new war machine rules it will. Anyway; kind of neat to see this. No work as to whether this will be sold as a special Splash release or not; but since they did it for 7th ed. and 5th ed. 40K I imagine it will be.
Posted by Joe Flesch at 6:22 AM

Email ThisBlogThis!Share to TwitterShare to FacebookShare to Pinterest
Labels: Photos