Ah having waited ever so long I am done! By which I actually mean done! This is my first 100% completed army. I mean, like many I've had 4 other armies painted up to 2400 at least; but I have other pieces of those armies to do. This army however I have now officially finished every model for it, including extra movement trays to field the units in different sizes. Display and all, I'm done!!!!!

So, here is a wrap up of all the pictures from the army along the way.  Note, that while there is only one picture of Knights below there are 3 units and there are 2 units of archers.  The only difference between the pictures below and the actual army at this point are I painted over all the lines on that unit of Knights so I could go back later and add real heraldry at some point.  So, maybe not 100% done.  :) 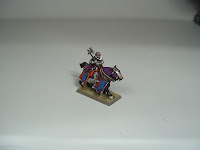 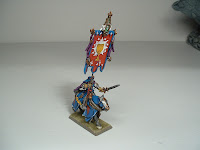 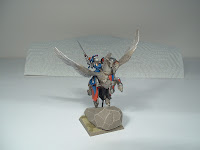 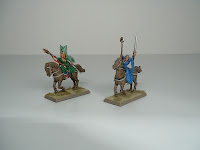 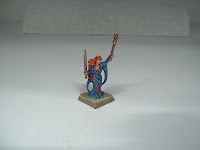 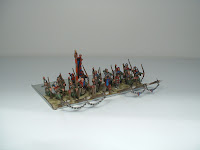 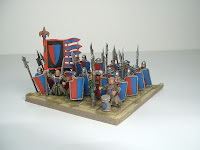 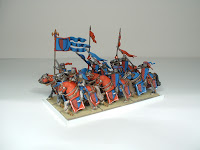 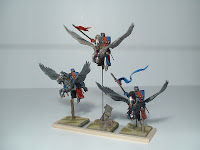 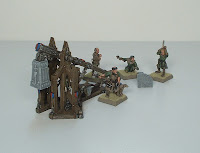 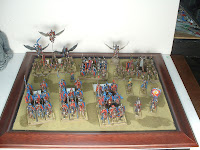 So there you go.  An army finished, or at least finished enough.  I don't think when I wrote my New Years Resolution post that I'd included this in 'finish a project' section; but by gods you bet your butt this counts as it.  More points for the Resolution!
Posted by Joe Flesch at 5:55 AM