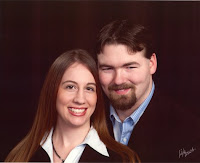 Joe Flesch : The host of the show. Married and the father of two children, I've been playing Games Workshop games since I was 13 years old which gives me plenty of history with the hobby. Although I've only been into Fantasy since about 2006, I love it the most of all the GW games!

I've played nearly all of the Specialist Games line ; but if I was to narrow down what I play the most it'd be Fantasy, Blood Bowl and Warhammer Quest. I started this site after listening to Podhammer; as an extension of my hobby that I don't get to play as often due to having two children. I hope you enjoy the show!

Chuck Jiardina : The co-host. Residing in Bloomington, Illinois; and married with a son. I have helped Joe with The Waaaghcast since nearly the beginning and appreciate how much time an effort running something like this takes.

I play several games including Warhammer Fantasy 4th-7th edition; I used to tinker with Blood Bowl, Warhammer 40k, Hero Quest, and Battle Master. I started with Fanatsy in 8th grade. I played O&G for 10 years (10,000+ points), painted my fathers Empire and Lizardmen while living at home (10,000+ points) and then converted to Vampire Counts in 2007 and now have over 7,000+ points.
Posted by Joe Flesch at 7:29 PM