The scene here started pretty swiftly with the AoS release.  Many players from Warmachine, Hordes and especially Warhammer 40,000 were willing to make the jump and give it a try.  I'd say locally in the first month we had probably in the ballpark of twenty players giving it a go.  Our area has never been a big WHFB area and so to get more than ten was pretty great and for the month of July things seemed pretty hot.  However, there has been a curtail as of recent.  The last week of July and the first couple weeks of August have seen a significant drop in activity and by significant I mean I've only seen 5 people playing and that's counting myself among them.

The more I play(ed) AoS the more I became disenchanted.  At first I liked many of the new rules that the Warscrolls offered.  I really gave myself a kick in the pants to get excited about it.  Started basing up a VC army on rounds and ovals.  Recorded a full length rules podcast and continued to play it.  I'm currently sitting just shy of twenty games played.  However the game has started to slide already.  Every game has tended to end in a giant scrum of combat or getting pelted off tables by gunlines.  Games rarely see a win through anything other than tabling your opponent and people quickly realized there is no point to not running the most elite things you can.  Why take a model that has 1 attack and causes 1 wound when you can take the models that have 2 or 3 attacks and cause equal wounds.  I really wanted to try to champion this product in our area to try and build the community but it appears that may be impossible.

The game has some positive points, however I feel that the negatives outweigh them rather heavilly.  You can make the game fun but it requires an awful lot of house ruling and if I wanted to really create my own miniature game I would.  Sorry GW, your losing me here.  My Twitter feed is full of Infinity and Kings of War with only the folks from across the pond still posting AoS things.  Its getting hard to stay positive.  I wont abandon the game yet but I wont deny that it doesn't look good for it in our area, that's for sure. 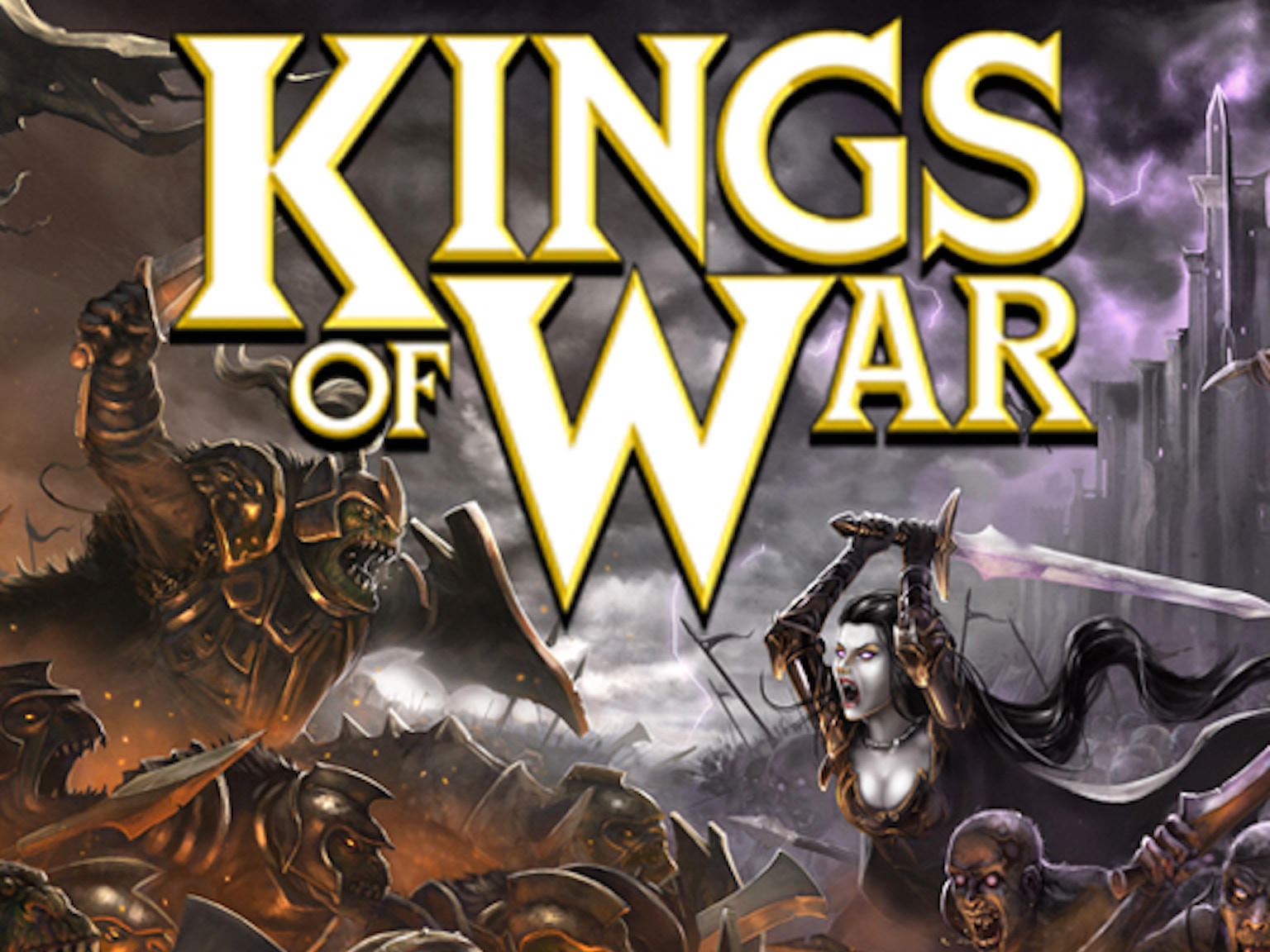 This all brings us around to Mantic Games.  Now, as I said WHFB was never big in our area so I certainly don't expect Mantic or Kings of War to take off.  Especially when you consider that the gamestore who is areas primary miniature gaming center pushes Hordes, War Machine and Warhammer 40,000.  However, that all said there are people in our state who are picking up Kings of War and my local group of friends have recently started playing it.  We started a while back playing Wild West Exodus and while I don't see that going anywhere either I think that Kings of War will likely be our replacement for WHFB and AoS.  The game is trimmer than WHFB ever was, easier, more clearly written and still pretty fun.

Now, keep in mind I've only played three games of Kings of War and using three different armies so I haven't nailed down solid tactics yet for anything special but I wanted to discuss those first three games.  I played my Dwarfs who got just destroyed in 4 turns.  That game led me to a couple of conclusions.  This game is not big on shooting unless you really SPAM it heavily, and movement is very, VERY important.  The player with the higher movement value basically dictates the game and where the charges will occur at.  This is actually a bit frustrating because it causes a number of standoffs which can make the game very un-fun and makes me miss the random charge distance of WHFB 8th Ed.  When they introduced the random charge distance it gave slow moving armies a risk vs reward option.  Yes the enemy would often stay at the far end of our possible charge distance to ensure they would get the charge on their turn but then for their opponents that long charge was a better option than no option.  Kings of War leaves me with the no option feeling.

I then played my second game with the new Beta Ratkin list using my Skaven army.  It was pretty good and I felt quite entertained.  They retained some of their Skaven type feel transferring to Kings of War and Mantic made basically every unit in their list a direct pull over from WHFB.  Thats not to say they are exactly the same.  In fact they are vastly different but they still have the same kind of feel which is nice.  The game was against Ogres again but this time with the Scenario we played and a good mix of units with decent movement and power I never felt out of the game.  With the Scenario I still lost but if you take the scenario out of it the Ogres were only about 175 points ahead.

My third game played was with the Kingdoms of Men, who performed quite well.  The game was against some Elves and resulted in a draw with the scenario we played but with the humans up by about 300 points.  Some of the pieces again felt useless due to being put up against things that were faster and stronger but overall I never felt like the game was lopsided or bad.  My War Machines did wounds and things went well most of the game.  Dice were rolled, loud and boisterous statements were made and it felt like something I could bite into.  This time based on the Scenario we ended in a draw but with the humans ahead by about 100 points.  Again my opponent and I both felt that it was a really good game and walked away quite pleased with it.

I think that the one thing I have to keep in mind here is that KoW is not WHFB, but then again, neither is AoS.  If your on the fence one way or the other I highly recommend trying both, but there is very little doubt in my mind that KoW is a more complex, interesting and in the end, fun game than AoS is currently.  Now depending on what GW does, they can fix AoS.  They can give it structure and scenarios and some kind of balancing mechanism but lacking those and so many other things I feel that it may very soon be a dead or dying system, at least on Illinois.  Of course; its all just opinion and I could be very wrong.
Posted by Joe Flesch at 8:01 PM

Just wanted to say that I very much enjoyed your blog (having found it very late in the day and just battled through a number of years of it). If you still get notifications from posts, I'd love to know if your quarterly fanzine is available anywhere for download.